This is a blog about interesting food experiences in the Czech Republic, Austria, Venice and Turkey in 2012. Eating mostly local dishes meant a focus that varied from place to place - for example pork is strongly on the menu in Prague but not Istanbul.


This first dish is a so-called "pork knee" - actually a pork shank -  from a bar in Prague. It was served with pickles, rye bread and varieties of horseradish. 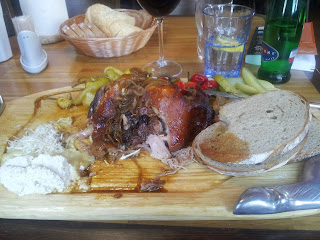 Next is a duck dish, pan-fired with honey and served with bread dumplings and sauerkraut. This was at a restaurant overlooking the main town square. 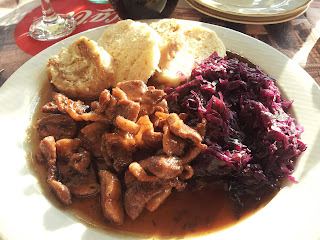 This dish is "Grandpa's Sausages" served with a variety of baked beans. This was in a Prague beer bar. 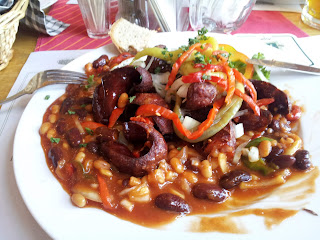 This is a pork knuckle, also a pork shank, served in a hotel restaurant. 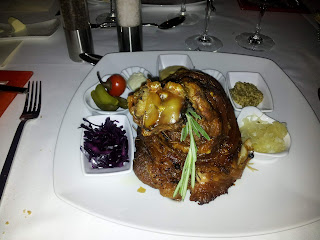 This is a "drunken pig" sausage, a pickled sausage served cold with rye bread and pickled vegetables. This dish was from the same bar in Prague as the first. 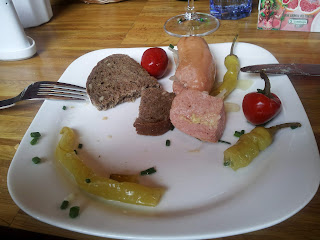 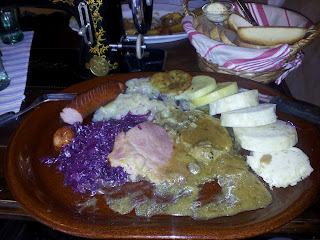 This is from a flash restaurant in Prague - venison ragout with bread dumplings. 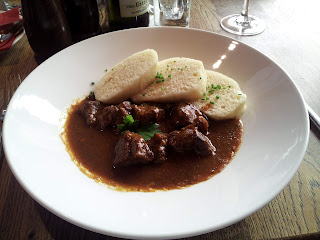 Our first meal in Cesky Krumlov, in the south of the Czech Republic. It's from a small restaurant, layers of chicken fillet and apple with cranberry sauce, served with potato fries. 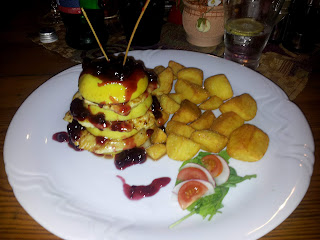 A meal from the medieval-themed "Two Mary's" restaurant in Cesky Krumlov. This is roast chicken with millet grain. 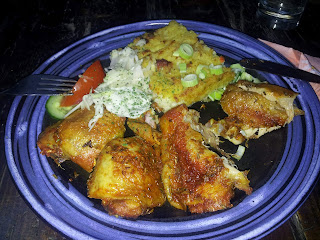 Posted by Custodiat at 1:13 AM